Richard Sawyer of Chickamuaga, Georgia, is the owner of two class winners, and he and his son, David Sawyer of Frankfurt, Kentucky, are the owners of a class winner. Alyssa Kilcoyne of Marysville, Indiana, and Austin Bowman of Ackerman, Mississippi, are co-owners of a class winner. All the National class winners are closely related to the top-producing male in the sport, NGBC FCGD Five Star Smokey, the sire of 103 Field Champions, owned by Sawyer. “Smokey,” who died in February 2021, is the result of a breeding of two Hall of Fame hounds. His sire is FC Cranks Chicken, and his dam is FC Five Star Frenchie.

NSPC FCGD Bowmans Lil Debbie, a 2 ½-year-old black-and-tan female, won the 13-inch class and achieved her third win to become a Field Champion. Handled by Kilcoyne, the co-owner with Bowman, Debbie followed the rabbit with precision and intuition. “She looked awesome in the Winners Pack. Debbie is very smart and always knows where the rabbit is,” says Kilcoyne, who grew up in the sport and won her first field trial at age 7 with a hound owned by her father, the late Ted Kilcoyne. Bred by Matt Collins of Pontotoc, Mississippi, Debbie was sired by NSPC FCGD Rapid Run Little Fast Break, the 13-inch male class winner at the 2018 National SPO Championship. Smokey is her great-grandsire on both sides of the pedigree.

NSPC Rapid Run Lil’ Misled, a 2 ½-year-old tricolor female, is the 15-inch class winner. Owned by Richard Sawyer and handled by David Sawyer, Misled delivered straight line control and accurately followed the rabbit’s turns in and out of the cover. “She has a big nose and can keep the track going,” Richard Sawyer says. Ricky Barnes of of Savannah, Georgia, is the breeder. Misled counts Smokey as her maternal grandsire and her paternal great-grandsire. 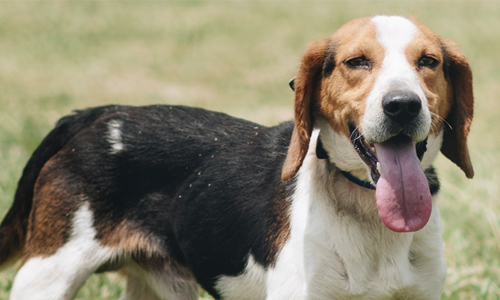 NSPC FCGD Rapid Run Lil Fat Head, a 1 ½-year-old black-and-white male, stood out to win the 13-inch class. Owned and handled by Richard Sawyer, Fat Head earned his Field Champion title with the win, his third. “Fat Head is an extremely good dog for his age,” Richard Sawyer says. “He is exciting to watch because he makes things happen with his desire to hunt, big nose and super tracking ability.” Bred by Matt Collins of Montauk, Mississippi, Fat Head was sired by Smokey. 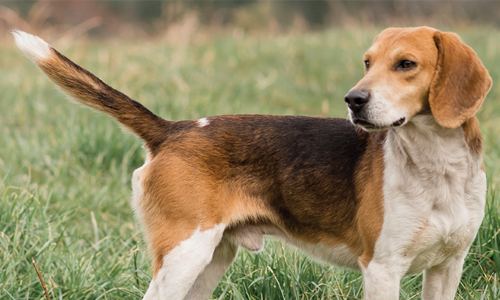 NSPC FCGD Rapid Run Big Moe D, a 6-year-old tricolor male, is the 15-inch class winner. The two-time Purina Outstanding SPO Field Trial Beagle, having won in 2018 and 2019, is co-owned by Richard and David Sawyer, the handler. “Moe stayed calm and collected, and his level-headed common sense paid off,” Richard Sawyer says. Bred by Dickie Atkinson of Terre Haute, Indiana, Moe was sired by the Sawyers’ male, NGBC FCGD Rapid Run Big Easy B out of NGBC FCGD R & R Plenty of Since. Smokey is his paternal grandsire.